MILLYARD AND MILLER TO UNVEIL STUNNING BIKES AT STAFFORD

WITH less than a month to go until the next instalment of the world’s biggest classic bike show at Stafford County Showground, the bikes lined up for display promise an unmissable experience for any motorcycling fan.

Classic Motorcycle Mechanics magazine columnist Allen Millyard returns to the show on April 27-28 to unveil his latest project on show sponsor Carole Nash’s stand in the main hall. Based on a 1949 349cc Velocette MAC, Allen made his Velocette 698cc V-twin single-handedly at home, using and adapting as many original parts as possible. 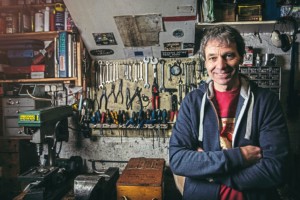 After Allen fired up his incredible Honda six tribute at the April show in 2018, fans clamoured to hear more from the well-known, creative engineering genius. More of his work can be seen every month in Classic Motorcycle Mechanics magazine.

Eleven-times British trials champion and regular show guest Sammy Miller MBE is the founder of his own eponymous museum, now one of the largest motorbike collections in the world. 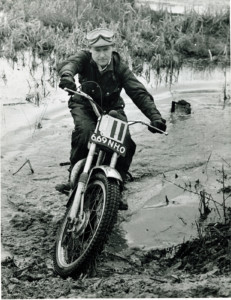 Sammy will bring two incredible Nortons for display on the Footman James insurance stand in the main hall. 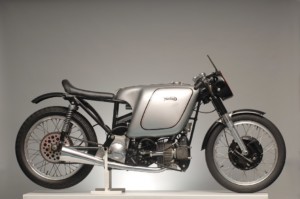 The first is the stunning 1955/6 350cc Model F Norton. Influenced by Moto Guzzi’s success with a machine that featured laid-down single cylinder engines, the Norton race-shop worked on the similarly configured Model F. 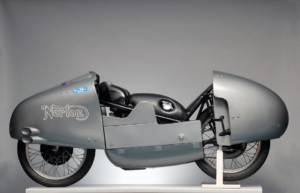 The second is the 1953 350cc Norton ‘Silver Fish’ kneeler. This was an attempt to improve the obsolescent Manx Norton’s performance with better streamlining, and its rider lay virtually prone to minimise the frontal area. The top tubes of the Featherbed-based frame splayed out around the engine, fuel was pumped from pannier tanks and the full aluminium streamlining immediately gave the machine its Silver Fish nickname.

With the show’s theme celebrating 2019 being the 100th edition of the TT, visitors can also expect another incredible display of legendary TT machines. Among them is an original 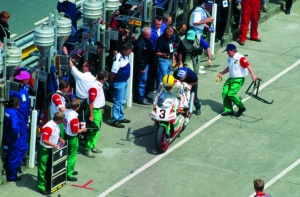 Joey Dunlop 1994 RC45, which saw the greatest TT rider of all time come home third in the 1994 Senior race, behind Steve Hislop and Phil McCallen. Although this bike has undergone a necessary frame change, it still carries Joey’s engine, and all the suspension is inscribed with the initials ‘JD.’ Current owner Barry Steels describes the bike as 75-80% original. 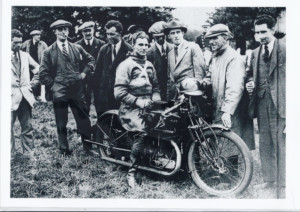 The oldest of the TT motorcycles on display is a 1926 AJS GR10 500cc. The bike raced in the 1926 Senior TT, but interestingly its placing is not known. A total of seven GR10s took part in the race, with only three finishing – in third, sixth and eighth place. Due to the AJS factory fire in Wolverhampton, all records were destroyed, and so the bikes and frame numbers to riders are unknown to this day.

The rest of the display consists of an ex-HG Tyrell-Smith 1932 works Rudge, which finished third in that year’s Junior TT race; a minuscule 50cc Honda CR110, a three-cylinder MV Agusta and a 1984 Ducati TT2 with TT history. 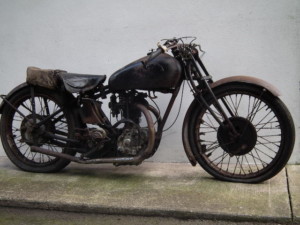 Now in its 39th year, the Carole Nash International Classic MotorCycle Show is proudly known as the place to be for any classic motorcycle fan. With loud and proud motorcycle start-ups, off-road displays, interviews with famous riders and personalities and a huge opportunity for shopping and rummaging through the sought-after items in the autojumble, it’s easy to see why it is deemed the largest classic bike show in the world, attracting more than 30,000 visitors every year for all corners of the UK and Europe.